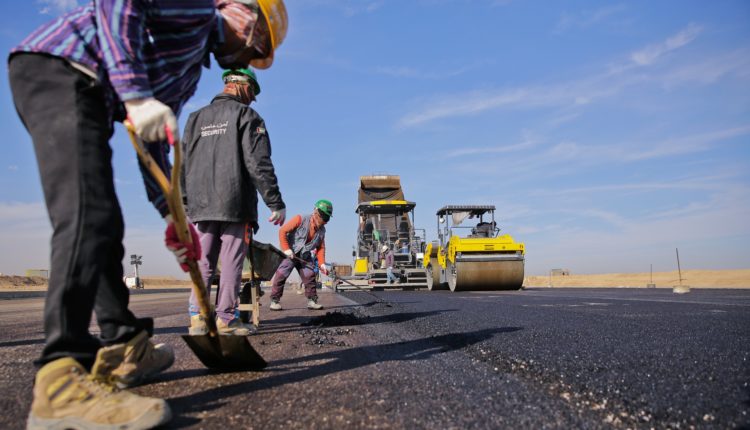 Asphalt has been the most common pavement material for decades, but it has a significant environmental impact. Also known as bitumen, asphalt is a petroleum product that contains hazardous metals like lead, mercury, chromium and arsenic.

According to the US Environmental Protection Agency, pavement covers 30-45% of land in cities and other urban locations, and can reach summer temperatures of 120-150°F. As a consequence, asphalt contributes to the urban heat island effect. Hot pavement also warms runoff when it rains, and this can be damaging for aquatic ecosystems.

Cool pavements have become a promising alternative: they stay at a lower temperature by absorbing less sunlight, and they reduce runoff by enhancing evaporation. This is achieved with materials engineering, which includes the use of alternative binders made from non-petroleum sources. According to the US EPA, cool pavements offer the following benefits:

Successful Applications of Cool Pavement by the Colas Group

The Colas Group is a multinational civil engineering firm that specializes in road construction and railway projects, headquartered in France. The name Colas comes from the words cold and asphalt, and the company has developed alternative pavement solutions, focusing on energy savings and environmental impact reduction. Colas has an ambitious low carbon commitment: reducing direct emissions and upstream indirect emissions by 30%, by the year 2030.

Colas has participated in many renovation projects at the Paris-Orly Airport, including the reconstruction of 5,000 m2 (53,820 ft2) of exit taxiway. Colas reduced greenhouse gases by over 60% with respect to the baseline, while energy consumption was reduced by over 40%. The following were some design features that made it possible:

In May 2018, the Colas Group was awarded a patent for a non-bituminous binder that is derived from sugar compounds. This non-petroleum binder has applications in road construction projects, and civil engineering in general. Colas had already been awarded a similar patent in 2004, for the development of bio-asphalt with binders based on vegetable oil.

A study by the Adhiyamaan College of Engineering Department of Biotechnology found that bio-asphalts have the potential to decrease pavement costs by 20%, while having a lower carbon footprint and longer service life. The study was published in the International Journal of Engineering Research & Technology (IJERT).

According to the Transportation Research Board of the National Academies, some materials that have promising applications as alternative binders include soybean oil, palm, engine oil residue, grape residue and swine waste. However, new materials must not only match the performance of asphalt pavement to be competitive, but also its economic viability. Two very important requirements for alternative binders are resistance to moisture and adequate aging characteristics.

On April 23, Colas laid down the first 230 square meters (2,476 sq.ft) of its Vegecol asphalt mix,  as part of a road renovation project in Vedène, France. Vegecol uses an innovative binder that is 80% plant based, developed by the Colas research lab. The binder uses mostly pine tree resin and oleaginous plants, and it has a translucent color that results in visually appealing surfaces.

The Vegecol binder has a net-positive environmental impact, since the carbon captured by the plants is more than the carbon released during the manufacturing process. Vegecol is also a warm mix, and the lower production temperatures achieve an emissions reduction with respect to hot mixes. Construction workers also benefit from the use of warm mixes, since they are safer and more comfortable to handle.

On April 21, the US Department of Transportation announced the appointment of a Chief Science Officer, for the first time in 40 years. The role will be assumed by Dr. Robert C. Hampshire, who holds a PhD from Princeton University. Dr. Hampshire has ample experience with transportation research, collaborating with the following organizations at the University of Michigan:

The USDOT is focusing on climate action, which is a top priority of the Biden Administration. Road infrastructure is one of the main areas addressed in the American Jobs Plan, and the USDOT will be incorporating scientific knowledge that helps reduce the environmental impact of road infrastructure. This could create opportunities to deploy cool pavement technologies and non-petroleum binders in road construction.