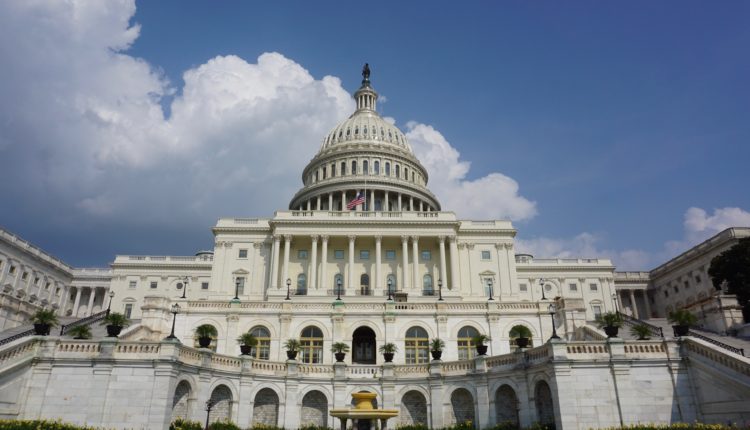 Photo by Quick PS on Unsplash
Share this story!

The US economy is recovering quicker than expected, according to Federal Reserve Chairman Jerome Powell, but he believes there is still a long way to go. Unemployment is one of the main challenges, and there are 10 million jobs less than before the COVID-19 pandemic. In order to stimulate the US economy, the Federal Reserve decided to leave the federal funds rate at 0-0.25%, the lowest possible level, on its March 2021 meeting. The Fed has also indicated that interest rate hikes are unlikely until 2023.

Last week, the yield on 10-year Treasury notes reached a 14-week high of 1.75%. However, they have fallen for two days in a row this week, reaching a yield below 1.65% on Tuesday 23. Treasury yields have been on the rise since August, and they gained traction since January as COVID-19 vaccinations and fiscal stimulus packages created optimism about the US economy. There are concerns about debt and inflation, but the Federal Reserve believes that high inflation will be temporary, and they have pledged to ease up on policy during the economic recovery period.

Housing Market Brief: A Key Sector of the US Economy

In addition to employment, the housing sector is another area of opportunity in the US economy. On Monday 22, the National Association of Realtors reported existing home sales had fallen from 6.66 million to 6.22 million between January and February (seasonally-adjusted annual rate). This represents a 6.6% drop, much higher than the 3% market forecast. This is the lowest point since August 2020, when existing home sales were at 5.97 million.

The US Census Bureau and the Department of Housing and Urban Development published recent data about new home sales early on Tuesday. New single-family home sales fell from 948,000 to 775,000 between January and February (seasonally-adjusted), which represents a drop of 18.2%.

New home sales are well below the market forecast of 875,000, and have reached the lowest point in nine months since May 2020 (698,000). Within a year, the median sales price of a new single-family home in the US increased from $331,800 to $349,400. The following table summarizes home sales and pricing for the two sectors:

The following chart summarizes the seasonally-adjusted home sales in both market segments during the past 12 months, using data from Trading Economics:

The decision to keep the federal funds rate at 0-0.25% can stimulate residential construction in the US, since interest rates in general will tend to remain low. For example, 30-year mortgage rates have been in a historically low range: they are currently at 3.34% according to Bankrate, and they went as low as 2.93% in January. In addition, the WSJ prime rate is currently at 3.25%, and it has a strong influence on home-equity loan and credit card rates.

A Potential $3-Trillion Package from the Biden Administration

“Build Back Better” was among the campaign promises by President Biden, and the Administration is discussing an infrastructure package that could reach $3 trillion. Although the package is still being discussed and subject to Congress approval, it will focus on infrastructure, schools and families. The infrastructure package could include around $1 trillion for projects such as roads, railways, EV charging systems, and cellular networks. The bill will also emphasize green energy systems, which aligns with the two-year extension of the solar federal tax credit in December 2020.