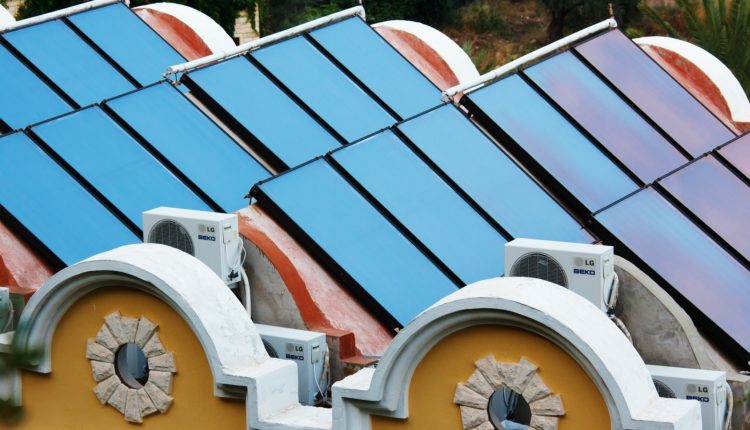 Image by PublicDomainPictures from Pixabay

Solar air conditioning is a promising technology for homes and business, since space cooling is often the largest expense during summer. Air conditioning represents 12% of energy costs for the typical US household, according to the US Energy Information Administration. Its share of energy consumption can reach 27% of energy bills in places with hot and humid climate, representing an annual bill of $400 or more. Depending on how they operate, solar air conditioning systems can be classified into two main types:

Since they are renewable energy systems powered by sunlight, solar air conditioners can earn the 26% federal tax credit, which was extended for two years in December 2020. A residential solar AC system has a typical cost of around $5,000, according to SolarReviews, but this drops to $3,700 after claiming the tax credit.

Other than being expensive to operate, air conditioning systems also have a significant environmental impact, releasing 117 million metric tons of carbon dioxide per year. Solar air conditioning can help offset these emissions.

Each solar air conditioning option has advantages and disadvantages, like with any project decisions.

When a solar AC system uses photovoltaic power, the electricity from solar panels can also be used to power other appliances. The panels achieve power bill savings all year long, even when the air conditioner is not used. However, this is only possible when both components are capable of independent operation – some solar air conditioning systems have built-in PV panels that cannot be used by other devices, which only save electricity when the unit is operating.

Solar thermal air conditioning operates with a different principle, and only a small amount of electricity is required for their indoor fan and their solar collector pump. However, this system only achieves air conditioning savings, since there is no electricity source that can be used by other appliances.

The Australian company Chromasun developed a hybrid solar air conditioning system that combines both energy sources. The evaporation and condensation cycle uses a solar thermal collector, but there are also built-in solar panels that provide electricity for ventilation and pumping. While solar panels alone only convert around 22-23% of sunlight into electricity, this hybrid system can convert up to 75% of sunlight into usable energy.

Chromasun devices only use 5% of the silicon required by equivalent solar PV systems, since the cooling effect is achieved mostly with the thermal collector, and a Fresnel concentrator lens is used to focus sunlight on more compact solar cells. This system can be considered a miniature version of double-effect absorption chillers, but driven by solar heating instead of natural gas combustion.

TOWN OF TRUMBULL, CONNECTICUT BOARD OF EDUCATION REQUEST