Melting Down Steel Price Trends and Forecasts for 2021 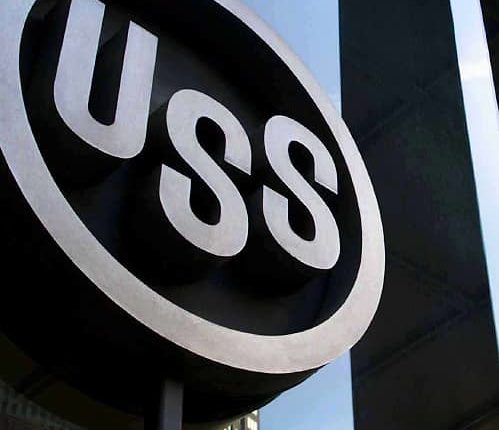 As if we do not have enough concerning trends to watch and forecast there is now also tremendous port of entry backlogs. Freight ships are scattered throughout the outskirts of major ports. Unloading and logistics are strained and running overtime.

As announced by the Raw Steels Monthly Metal Index (MMI), the United States is seeing a 0.5% increase on steel price with predictions of continued cost increase in the nearby future. For now, prices are at an all time high in the country.

In an effort to save jobs within the country and to have U.S. companies purchase such metals from U.S. producers to accelerate the domestic metal industry, the establishment of the tariffs under the Trump administration went underway. Steel made in another country and then shipped to America is subjected to a tax rate of 25%, and 10% for aluminum.

Although job opportunities and salary for some of those working among steel and aluminum factories in the U.S. did prosper, Wall Street and the business crowd are not pleased. They suggested for the administration to only hold a tariff for China but Trump announced that the tariff on these metals will be imposed on every single country, even allying Canada.

Researchers and economic experts claim that these tariffs are economically risky and surely to result in unpleasant consequences.

Firstly, the prices of products which contain steel or aluminum will rise and consumers will be the ones facing the penalty. Construction industries using materials such as rebar, lintels, structural steel and other deliverables such as appliances are also feeling the squeeze.

Countries are likely to retaliate by implementing tariffs on goods coming in from America. China, Russia, Canada, Mexico,United Arab Emirates, and South Korea are presumed to be the ones to target the United States top exports.

Lastly a war on trade threatens job growth. With the employment market having done incredibly well over the past few years, the jobs being saved in the U.S. metal industry could be offset by the jobs that could be lost in other industries if product prices rise and consumers are not able to afford such costs.

Trump has also failed to provide a justification of these tariffs which thereby violates Section 232 of the Trade Expansion Act of 1962. The United States Court of International Trade however denounced the challenge to the tariffs on February 4th. Trump eliminated tariffs on aluminum during his last day in office however current President, Joe Biden, reinstated those tariffs on imports from the United Arab Emirates signifying that the administration is in support of domestic metal producers.

As of December 2020, steel prices within China have decreased by approximately 12% and have initially been on the decline since the beginning of the pandemic. Overall, the steel demand in China has declined by 30% throughout the 2020 year due to the virus slowing down manufacturing and the construction market. Now, the steel industry is in a period of new growth.

China’s Ministry of Industry and Information Technology has stated that in 2021, the country will work to promote low-carbon initiatives and engage in green projects in due effort to reduce carbon emissions. Yet, no particular goals or implementation means have been devised indicating that little impact will likely take place. Steel firms who are profiting off growing material demand will most likely not reduce production nor fully adhere to most proposals.

It is predicted that China’s steel production will increase by about 1.4% and the industry will produce about 12.8 billion tons of steel in 2021 as opposed to the 12.26 billion tons in 2020.

As if we do not have enough concerning trends to watch and forecast there is now also tremendous port of entry backlogs. Freight ships are scattered throughout the outskirts of major ports. Unloading and logistics are strained and running overtime. They do not seem to be backing down and continuously trying to catch up.

The US’s supply chains from Rails, Trucks to Shipping containers are all running at the maximum. It appears no let up in sight for the foreseeable future. People should be constantly checking their supply chains and keeping a close eye on deliverables as the country and its workers seek to catch up this year.

2021 Construction Season: What Is the US Market Outlook?