US Ports Must Invest In Technology and Infrastructure to Compete Globally 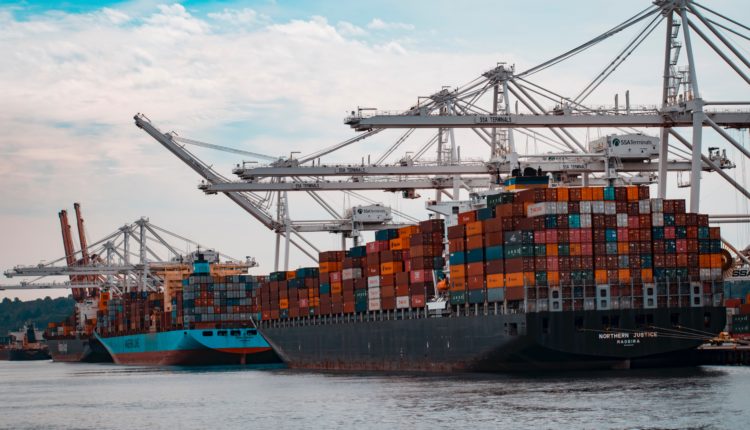 Photo by Andy Li on Unsplash
Share this story!

US ports have an economic contribution of $5.4 trillion per year, which represents 26% of national GDP, according to the American Association of Port Authorities (AAPA). The US has more than 300 ports, and they generate over 30 million jobs. However, their infrastructure is lagging behind globally, and major investments are required to remain competitive.

The ASCE 2021 Report Card for America’s Infrastructure gives US ports a score of B-, which is better than the overall infrastructure score of C-. To be competitive, ports must be capable of handling a wide range of products, ranging from construction materials to manufactured equipment. It is important to note that ports not only depend on their installations and equipment, but also on roads and other surrounding infrastructure.

Opportunity Areas to Improve US Ports

According to the USDOT Bureau of Transportation Statistics, only 50% of the gantry cranes in the top 25 US container ports can unload “super-post-Panamax” ships – the largest ships in circulation, with a width of 22 containers or more. In other words, US ports have a limited capacity to handle larger vessels.

US ports must also improve their intermodal connector pavement. According to the ASCE, the existing pavement is in the following condition as of 2021:

Regardless of how much a port is improved and modernized, its productivity will be limited if the surrounding infrastructure is deficient. According to the ASCE, coastal US ports have waterside infrastructure needs that will represent $12.3 billion during the next decade. The required landside investments have been studied by the AAPA, and their estimated value is $32.03 billion. In addition, inland river ports have additional needs that are not considered in this estimate.

Waterside investments, especially dredging, have been typically covered with the federal Harbor Maintenance Trust Fund (HMTF). The HMTF fee is 0.125%, which yields around $15 per container. However, these funds have been used for other purposes, and there many US ports now require extensive dredging as a result. The CARES Act and the 2020 Water Resources Development Act are ensuring that the HMTF is used for its intended purpose, which will provide $9.3 billion by 2030.

On the other hand, landside funding has been provided by the BUILD and INFRA programs from the USDOT. However, both programs have been oversubscribed, with $10 in requests for every $1 available.

The Busiest and Most Advanced Ports in the World: How Do US Ports Compare?

The annual activity of ports can be measured in TEUs, or twenty-foot equivalent units. As of 2021, the top 10 ports by container volume are mostly located in China:

The US has several large ports, but none of them are in the global top 10 by container volume. The following were the five busiest US ports by the end of 2020:

The Port of Rotterdam in the Netherlands is considered one of the most advanced in the world, using the latest shipping technology and with a goal to be carbon neutral by 2050. It is also the largest port in the EU, rivaling the Port of Tianjin with a container volume of over 14 million TEU per year. The Port of Rotterdam has been referred to as “The Port of the Future”.

Singapore is also investing heavily in port technology. The Tuas Megaport started construction in October 2019, and it will have the largest fully-automated container terminal in the world by 2040.

The Port of Jebel Ali in Dubai is also an example of technological development. The terminal is being equipped with the BOXBAY technology, which allows containers to be stacked up to 11 stories high. The system is fully automated, and it reduces the space required to manage a given number of containers by two-thirds.

Some of the largest US ports have already started to use automation. Fully automated terminals have been deployed at the ports of Los Angeles and Long Beach, and there are three semi-automated terminals in New Jersey and Virginia. In the wake of the COVID-19 pandemic and several disruptions to global supply chains, port technology can provide a competitive edge.

According to a survey by the National Retail Federation, 98% of US retailers have been impacted by port delays and other shipping issues since the pandemic started. The ports of Los Angeles and Long Beach have experienced major delays, accumulating a queue of up to 30 container ships at times – 27% of retailers who depend on them have started using other West Coast ports to avoid the backlog, and 35% are using the East Coast.

Global supply chains are also being disrupted by the ripple effect of the Suez Canal blockage. The six-day incident delayed 16 million tons of cargo, according to THINK Economic and Financial Analysis, and it has been estimated that the global economy lost $400 million for every hour of blockage.

The impact of a global supply chain disruption can combine with local issues that cause port delays. On Monday April 26, over 1,000 workers started a strike at the Port of Montreal, the second largest in Canada. While the strike lasts, the estimated economic impact for the Canadian economy could be CA $25 million (US$ 20 million) per day. This is the second strike in the Port of Montreal in less than a year, after a 19-day work stoppage caused an economic loss of around $600 million in August 2020.

During the August 2020 strike, the supply of household products and building materials was particularly affected. Many ships were redirected to other ports, and others were forced to wait for weeks while the backlog was handled.