US House Prices Rise for 8th Month in a Row: FHFA

March 26th, 2021 unveiled that U.S. mortgage applications decreased by 2.2% solely within that week. Applications for house purchases declined by 1.5% and home refinancing dwindled by 2.5%. Additionally, the interest rate for 30 year fixed rate mortgages dropped from 3.36% to 3.33% therefore ceasing the 7th week of ascending rates. MBA economist, Joel Kan, has stated that higher mortgage rates terminate refinance activity since those who may benefit from a refinance diminish. The expediting price tags for houses are having a rather negative effect on potential spring homebuyers. source: Mortgage Bankers Association of America

Autodesk and Procore: How Are the Construction Software…

“Banks across the nation, regardless of the almost zero current fed rates, just recently have made it harder for the average person and family to refinance or purchase homes by now raising the bar on creditworthiness and setting minimum credit score goals well into the 700’s. This has not been scene since after the last mortgage crisis of 2008-2012. This combined with the extremely low housing inventory has caused the decrease in applications and mortgages throughout single family home markets” source: AGGRECOST

Interest rates for 30-year-fixed rate mortgages fell from 3.36% to 3.33% in the week of March 26th, 2021. The consecutive 7 week pattern of increasing mortgage rates was halted. source: Mortgage Bankers Association of America

January 2021 encountered a 13.5% rise in pending home sales in the U.S. However the following month of February experienced a 0.5% fall; the first decline since May when interest rates were astronomically high and supply was historically low. Pending home sales shrank by about 10.6% on a monthly basis. Lawrence Yun, NAR’s chief economist, has expressed that although home purchasing is in widespread demand and multiple offers are present, contracts are not being signed due to incredibly low inventory stock. The upper end market has a sensible supply and therefore are experiencing greater prosperity in comparison. Demand however is not impacted by the rise in mortgage rates.

Autodesk and Procore: How Are the Construction Software Leaders Performing in 2021? 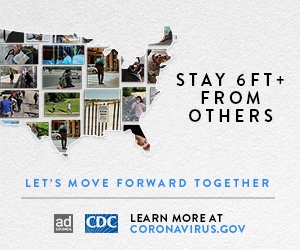 Autodesk and Procore: How Are the Construction Software…