A State College construction firm has been charged with stealing millions of dollars from employees and defrauding taxpayers. 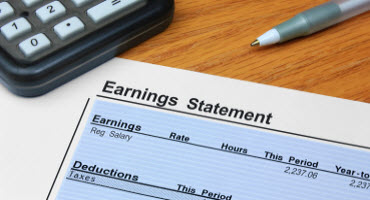 According to Pennsylvania Attorney General Josh Shapiro, Hawbaker was awarded $1.7 billion in state transportation construction contracts between 2003 and 2018.

The attorney general’s office filed charges against Glenn O. Hawbaker Inc. with a district judge near the company’s State College headquarters, accusing it of defrauding employees of more than $20 million in fringe benefits such as retirement, health insurance, life insurance, and paid leave. Between 2003 and 2018, Hawbaker was awarded $1.7 billion in state transportation construction contracts, according to Shapiro.

At a news conference, Attorney General Josh Shapiro stated that the company “fleeced workers in order to put more money in their pockets.” “They defrauded the taxpayers who ultimately paid for these projects and deprived honest businesses of a fair chance to bid on these contracts.”

Shapiro, a Democrat, asserted that Hawbaker employees lost tens of thousands of dollars each as a result of the company allegedly using retirement and health benefits to owners and executives to demonstrate compliance with the prevailing wage law. Employees alerted authorities to the practices, sparking a three-year investigation. Prosecutors alleged that the company concealed the diversion by artificially inflating benefit records by millions of dollars each year and by taking credit for costs that did not count toward prevailing wage standards. They stated that the company appears to have engaged in the practice for decades, but criminal charges are limited to the last five years.

According to the arrest affidavit, investigators determined that the company used prevailing wage fringe benefits money to pay benefits for all employees, including owners and executives. Following a 2018 search at the company’s corporate headquarters, the company’s practices shifted. According to the affidavit, pension funds are now directly deposited into workers’ individual retirement accounts. Additionally, when tallying health and welfare expenditures, the company now excludes internal administrative costs and other prohibited expenses.

According to a statement from the Hawbaker company, “Glenn O. Hawbaker is a third-generation, family-owned business celebrating nearly 70 years in business.”
We have cooperated fully with the Attorney General’s investigation since we learned of it in 2018. While we believe we have always acted in accordance with all applicable state and federal laws, the company immediately changed its prevailing wage practices out of an abundance of caution. These changes continue to be in effect as we continue to do what is right for our employees, past and present. Our company will continue to cooperate constructively with the Attorney General’s office in order to expedite the resolution process.
Glenn O. Hawbaker’s mission has remained constant since 1952: to build, serve, and advance local communities.”