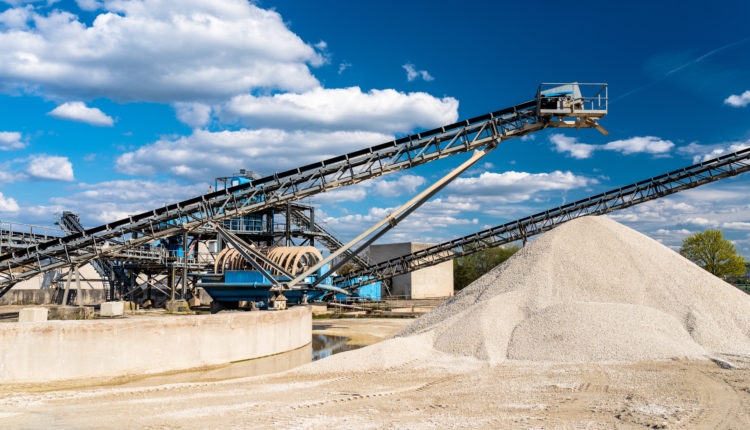 Construction aggregate providers Vulcan Materials Company (VMC) and Martin Marietta Materials (MLM) published their results for Q1 2021 on Tuesday May 4, and both companies had an excellent performance between January and March. This was reflected by their stock performance as soon as Q1 2021 results were published: VMC share prices increased of +5.30% and MLM share prices increased by +5.32%, on a day where the S&P 500 dropped by -0.67% and the Dow Jones Industrial Average only increased by +0.06%.

Barron’s compared the Q1 results from VMC and MLM with the corresponding forecasts, and both companies surpassed investor expectations by far:

In the non-residential sector, the demand for construction aggregates has been led by warehouses and data centers. This can be explained in great part by the growth of e-commerce and remote work: warehousing services are necessary to support  online sales, and data centers are used by both online stores and employees working from home. MLM mentioned that companies like Amazon and Walmart are investing heavily in data centers, distribution centers, and fulfillment centers.

Vulcan and Martin Marietta are both optimistic about the American Jobs Plan, and infrastructure investment from the government in general. Democrats and Republicans agree that roads and bridges are a high-priority area for US infrastructure, and in both project types have a high demand for construction aggregates. The FY 2021 government budget includes $45 billion for transportation projects such as highways, and annual highway spending could reach up to $68 billion if the infrastructure bill is approved. State investment in roads is also expected to increase, since 94% of transportation ballot measures were approved in the November 2020 elections.

Vulcan and Martin Marietta both reported a much better performance for the aggregates segment, compared with others like asphalt and concrete.

VMC is the largest construction aggregate producer in the US. They achieved a profit of $224 million in the aggregate market segment, which represents an increase of 15% compared with Q1 2020. Performance was better in January and March compared with last year, but lower in February due to the winter storm. Overall, Vulcan achieved profits of $6.56 per ton of aggregates.

Vulcan’s profits and performance were much lower in the non-aggregate segments, which had a total gross profit of $5.6 million, which falls below the $7.6 million profit reported in Q1 2020.

Martin Marietta reported an overall profit of $148 million for its building materials business, driven mostly by construction aggregates, and surpassing the $118.2 million from Q1 2020. Gross margins for aggregates and ready-mix concrete both improved, by 4.9% and 5.2% respectively. However, cement operations suffered a drop of -11.6%, caused in great part by the effects of the winter storm in Texas.