The High Speed 2 project focuses on sustainable construction methods, which include the use of recycled wind turbines to make reinforced concrete. HS2 is a major railway project in the UK, which will connect 10 of the largest British cities and a population of 30 million. The ambitious project will consist of 343 miles of railways connecting more than 25 stations, and 140 miles are scheduled for completion in Phase One.

Wind power is now one of the cheapest electricity sources in the world, offering even lower costs than coal. However, the wind power industry faces a significant challenge: dealing with turbines that reach the end of their service life. The UK and the European Union will retire around 14,000 wind turbines by 2023, and finding ways to recycle them has been a challenge.

The Skanska Costain Strabag joint venture has announced an innovative solution for Phase One of the HS2 project, which consists of using recycled wind turbines to make reinforced concrete:

The UK National Composites Centre will collaborate with the SCS joint venture in this initiative. If the concept is successful, recycled wind turbine blades will be used for reinforced concrete elements in the entire Northolt-Euston Station route, which is over 16 miles long.

According to the Institute for Energy Research, the US currently has more than 50,000 wind turbines in operation, and they will produce over 720,000 tons of waste material by 2040. Cutting fiberglass turbine blades to be used in reinforced concrete is a viable option, especially when there are steel shortages and price spikes, like those experienced by US contractors early in 2021.

In the US wind power industry, there is growing awareness about the need to handle large amounts of waste from decommissioned wind turbines. GE announced the first large-scale recycling program for wind turbines in the US in December 2020. 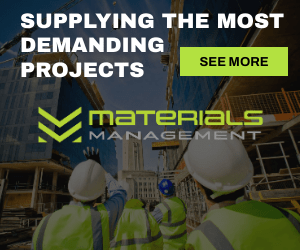 Generally, retired wind turbine blades are used as construction materials after grinding them down, or they are simply incinerated. Compared with these two options, using recycled wind turbines to make reinforced concrete has a much lower environmental impact.

Sustainability is a very important aspect of the HS2 project, and this applies for both construction and operation. The HS2 project will offer transportation with 17 times less emissions than an equivalent flight, and 7 times less emissions than a car trip. During construction, the use of fiberglass from wind turbine blades instead of steel rebar reduces the carbon impact of reinforced concrete by 90%.

Solar panels and wind turbines have now achieved some of the lowest electricity costs in the world, according to the International Energy Agency, while operating with free energy inputs. On the other hand, fossil fuels must be extracted, processed, and delivered to the site. However, the renewable energy industry still faces the challenge of how to use waste material when generation projects reach the end of their service life. Using recycled wind turbine blades as an input for reinforced concrete is an example of how energy industry waste can be repurposed.

Main Facts About the HS2 Project

HS2 is currently the largest railway project in Europe, with an estimated budget of £350 million (over $486 million). When completed, the 343-mile project will greatly improve mass transit in the UK North and Midlands, while achieving a major reduction of greenhouse gas emissions. Phase One will connect London and the West Midlands, Phase 2a will connect the West Midlands and the North, Phase 2b will reach Manchester and Leeds.

The HS2 project will provide dedicated rails for fast trains, leaving the existing rails free for other trains with shorter routes. This will reduce highway traffic, since there will be more trains available to transport goods instead of trailers.

INVITATION TO BID The Hempfield School District will